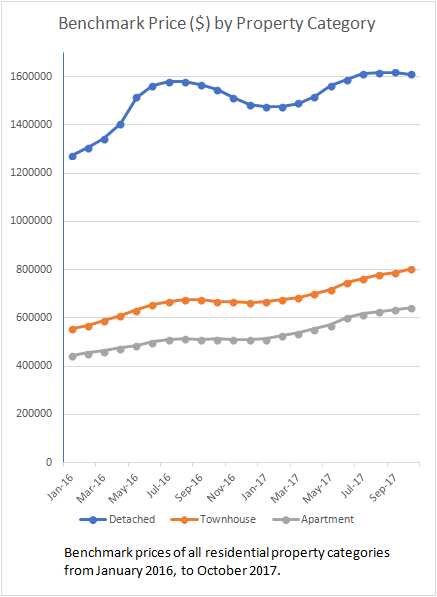 The high demand in the residential markets may in part be due to growth in the provincial economy and job market. “The federal government’s announcement of plans to tighten mortgage requirements for the seventh time in the last eight years also helped spur activity in the short term.”, said Jill Oudil, president of the REBGV. “Many buyers are trying to enter the market before the changes are in place.” 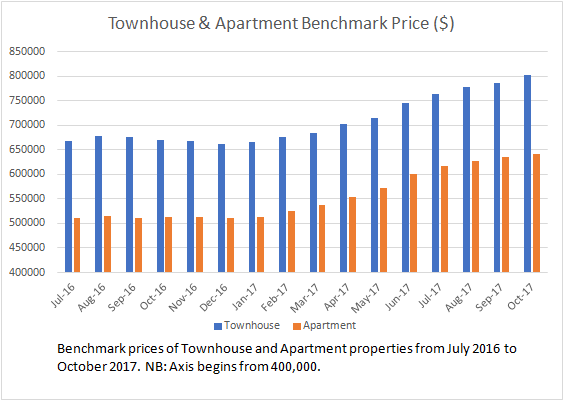 “The detached home market is well supplied with homes for sale, which is relieving pressure on prices,” said Oudil. “It remains a much different story in the townhouse and apartment markets. Buyers of these properties continue to have limited supply to choose from and are seeing upward pressure on prices.”

“Land and industrial sales experienced the largest year-over-year declines last quarter, with sales in both categories down more than one-third compared to 2016.” Jill Oudil, president of the REBGV, said.

The proportion of residential properties being purchased by foreigners is currently at its highest level since the Additional Property Transfer Tax came into effect on August 2, 2016. Experts and industry insiders are saying that international interest is high for the surging condominium market, and for the suburbs of Burnaby, Richmond, and Surrey.

September data for the City of Vancouver shows that foreign buyers have continued to purchase more expensive properties than locals, despite the additional tax. Local buyers spent an average of $1.4 million on a property, while foreign buyers spent an average of $1.7 million. Outside the City of Vancouver, however, the opposite was found: on average, locals were spending $75,000 more than international buyers.

Between April 1 and September 30 2017, the total number of property transactions in BC was 84,139. Of these transactions, 2.8% involved international buyers, representing more than $2 billion in value.